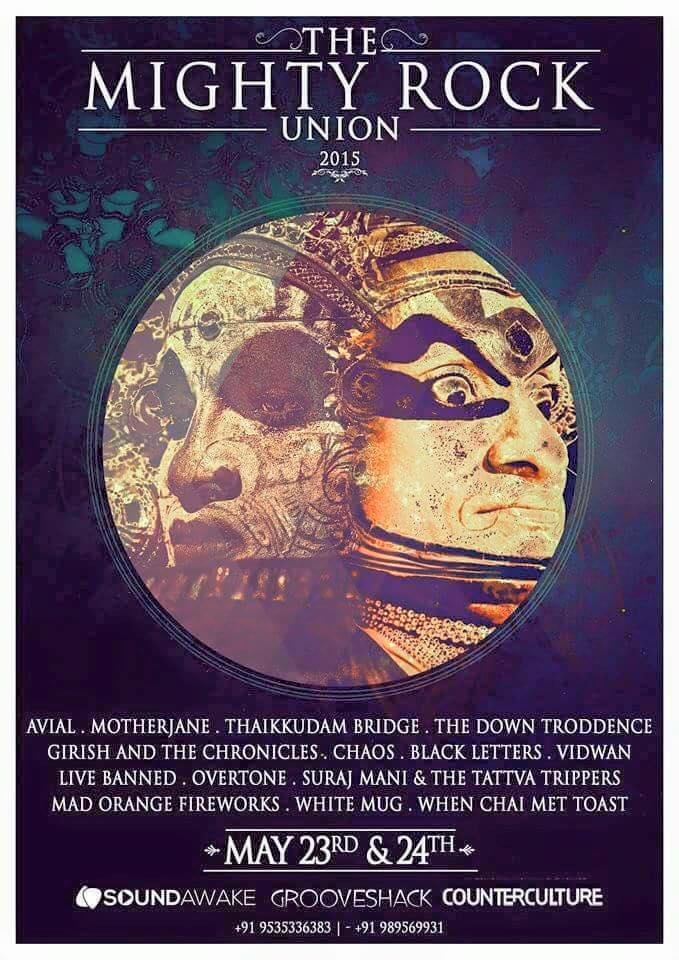 The Mighty Rock Union is a two-day live music festival set to feature some of India’s finest rock and heavy metal bands, presented by Groove Shack and powered by Sound Awake.

As a music café present in Calicut, Kerala for about a year now, Groove Shack has been dedicated to hosting live performances by artists from all corners of the country. The café was founded by Dennis Thecken, drummer for longtime rock band Halley’s Disciples, and Sikanth Gopinath, who has played guitar for bands like Maple Reed, The Calicode and The Kuru Circus as well as co-founded Radio Flote, an online platform promoting independent artists.

Groove Shack has now joined forces with artist management and festival organizers Sound-Awake to bring a huge line-up of heavy-hitters from the Indian rock and metal scene to the Mighty Rock Union. The line-up includes:

Girish and the Chronicles

Thaikkudam Bridge arrived in 2013, as their first studio jam show Music Mojo became insanely popular. The band has not looked back ever since, clocking 350+ gigs till date. The band is loved by millions of fans around the world and has been the biggest breakout band to emerge from India.

There are no upcoming events at this time.